Natural History of a Special Place 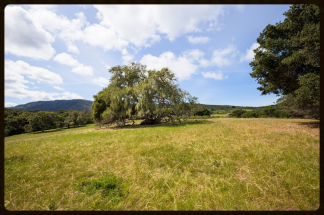 Mission San Antonio de Padua is located within the pristine Valley of the Oaks in the Santa Lucia Mountains. The Valley of the Oaks contains oak woodland, mixed oak and conifer forests, chaparral and grasslands plant communities. The Mission is located adjacent to a seasonal wetland at the confluence of the San Antonio River and Mission Creek. The valley is known for its endemic and stately Jolon Oaks, and for its vast wildflower blooms during the spring. The San Antonio River and the neighboring Nacimiento River are two major tributaries to the Salinas River, which flows next to Mission San Miguel. The Los Padres National Forest , to the west of the Missions, is home to a wide range of ecosystems, from mixed conifer forests including coast redwoods, oak woodlands, grasslands, pinyon juniper stands, and chaparral, inhabited by more than 468 fish and wildlife species. There are twenty-three threatened or endangered wildlife species within the Los Padres National Forest. Over the last several decades, the region has seen the reintroduction of California condors, bald eagles, peregrine falcons, tule elk, bighorn sheep and many endangered plants (there are more than thirty species of sensitive plants in Los Padres National Forest). Read more, here.

The region surrounding Mission San Antonio de Padua has been occupied by peoples for thousands of years, starting with the Native Peoples (who are still here!), Spanish and Later American settlement. Read below for more information. 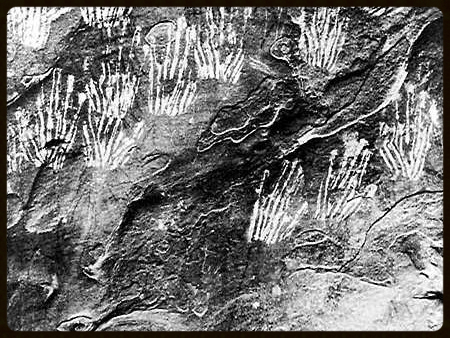 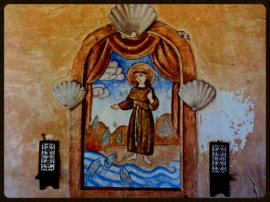 The Salinans are an ancient people that have populated what are now parts of San Luis Obispo and Monterey Counties for thousands of years.

Linguists tell us that the Salinan language is derived from Hokan linguistic roots and is said to be 6,000 to 8,000 years old. This makes it one of the oldest languages and people in California.

.There were two major divisions, the Miguelino in the south, on the upper course of the Salinas River (which flows south to north), and the Antoniano in the north, in the lower part of the Salinas Basin, corresponding to the two missions in the Salinas Valley (Mission San Antonio de Padua and Mission San Miguel Arcángel). There were also a Playano group on the Pacific Coast in the vicinity of what is now San Simeon and Lucia.

There are many Salinan people still living throughout the region today. Many are active in the preservation and continuation of their traditional culture.

In 1769, the king of Spain ordered an expedition to Caliornia to establish missions and presidios. California was an important territory in the new world for Spain. Russia had already colonized coastal northern California, and Spain saw this as direct competition ffor new lands and resources. The idea was to make the indegenous populations citizens of Spain, so that they could occupy and thereby "claim" the California territory on Spain's behalf. The expedition was led by Cpatain Gaspar de Portola and Padre Junipero Serra.

The first mission was founded in 1769 in San Diego. Portola led a party northward, exploring a land route to Monterey. On their way north, they met many Salinans living in the Valey of the Oaks.

Mexico delcared independence from Spain in 1821. This marked the beginning of the period of secularization of all the Alta California misisons.

Governor Figueroa, on November 4, 1834, issued the final proclamation that took Mission San Antonio from the mission padres and placed the entire establishment under civil jurisdiction, effectively rendering it government property.

Soon, Americans travelled overland in search of beaver furs, and arrived by sea to trade for cattle hides. At this time, the mission began to fall into a state of neglect after it was abandoned in 1844.

In 1846, the United States went to war with Mexico, resulting in California becoming a U.S. territory.

Our team is made up entirely of volunteers. Would you like to support us with a tax deductible donation? Don't hesitate to contact us; a helping hand is always greatly appreciated! If you would like to donate, please click here.